The victim mindset dilutes the human potential. By not accepting personal responsibility for our circumstances, we greatly reduce our power to change them.

The virtuous take personal responsibility for the things they have done, especially mistakes they have made.

Character–the willingness to accept responsibility for one’s own life–is the source from which self-respect springs.

“No one is a failure until they blame somebody else.”   —Charlie “Tremendous” Jones

This virtue is perhaps the toughest one for me to write about, and maybe the most misunderstood. I want to begin by fully acknowledging that there are many people in the world that are not given, or do not find themselves, in a position to exercise “personal responsibility.” In those cases, it is up to you and me to help them help themselves, to provide opportunity for them to step out of their often desperate situation and climb up and out of their poor circumstances. Of course, not all can or will take advantage of the opportunities that are provided them. Still, ““If you give a man a fish, you feed him for a day. If you teach a man to fish, you feed himfor a lifetime.” If the man is willing to go fish.

The following is a beautiful account of a young man who takes personal responsibility through hard work and a belief that his hard work will pay off. Notice the joy that he finds in doing so.

Whenever Aaron Moreno heard the ice cream truck’s familiar jingle, he looked to his mom for a smile to know if she had enough money for Flamin’ Hot Cheetos.

But for his mom — who is undocumented, single and struggling to make ends meet — it wasn’t always easy to buy Aaron his favorite snack.

That’s what inspired the 8-year-old to start selling plants in East Los Angeles. The small project quickly transformed into a business that helped his family of four move from a shed into an apartment.

“When I lost both my jobs in March because of the coronavirus pandemic and we had no option but to live in a shed, this kid was always asking for Hot Cheetos,” Berenice Pacheco, Aaron’s mom, told CNN. “It’s just $3, but when you have kids and you don’t have a job, it can make all the difference.”

Aaron — who wanted to help his mom, and score some snacks — used Pacheco’s last $12 to buy succulents, which he sold to neighbors for a small profit.

Initially, he celebrated his success with a trip to the ice cream shop — but he realized a small business could be his family’s way out of poverty.

He launched Aaron’s Garden, and invested the remaining proceeds in more plants, which he’s sold ever since.

“Our shed was hot and crowded and I wasn’t happy,” Aaron told CNN. “I started my garden so my mom won’t be stressed because I don’t like seeing her struggle.”

Every day for months, Aaron and his mom would wake up at 6:00 am to take the bus to the flower district and search for plants his customers might like. Some days he sold them from his shed, while other days he staged a pop-up shop.

After Pacheco posted photos of Aaron’s growing business on Instagram, friends and family started coming by to show support. Before long, the business went viral and Aaron received hundreds of requests from people asking if they could buy plants.

In July, one of Pacheco’s high school friends started a GoFundMe to support Aaron’s Garden and help the family find stable housing. It’s since netted more than $40,000.

“Before he started this we really only had things like tuna to eat, because we didn’t have a kitchen and we could only cook by putting a small electric stove on a chair outside,” Pacheco said. “But then his garden saved us. The money from the GoFundMe and Aaron’s Garden allowed us to buy a car, which we didn’t have for four years.”

On November 1, the family finally moved into a new apartment, where Aaron runs his business from the garage.

Bringing his sister back from Mexico

The money raised through Aaron’s Garden and GoFundMe didn’t just move the family into a new home — it reunited them.

At one of the pop-up shops, a man donated $1,000, which Aaron used to bring his 10-year-old sister Ayleen Pacheco home.

Before moving into the shed, the family had bounced between homeless and domestic violence shelters. In 2018, Pacheco sent Ayleen to live with her family in Mexico due to their financial struggles.

“The best part of what Aaron has done for us is bringing back his sister,” Pacheco said. “It was so hard being without her and we are a whole family again. And I was so happy to see they still had their amazing bond even if they spent so much time apart. It’s such a blessing.”

Together, with their 2-year-old sister Alani, the family is finally complete and looking forward to what’s next.

“Imagine four sleeping in one bed,” Pacheco said. “I really don’t know how we did it. It was the hardest thing to put my children through.”

“As an undocumented person, I didn’t have many laws to protect me. When I lost my jobs, I didn’t get a stimulus, I didn’t get unemployment. I was on my own and I would stay up at night trying not to cry so my kids wouldn’t hear me. I wanted to sleep my life through.”

But now, Pacheco said her family is “full of hope” and ready to start a new chapter. As for Aaron, he doesn’t miss a day without buying himself a bag of Flamin’ Hot Cheetos. 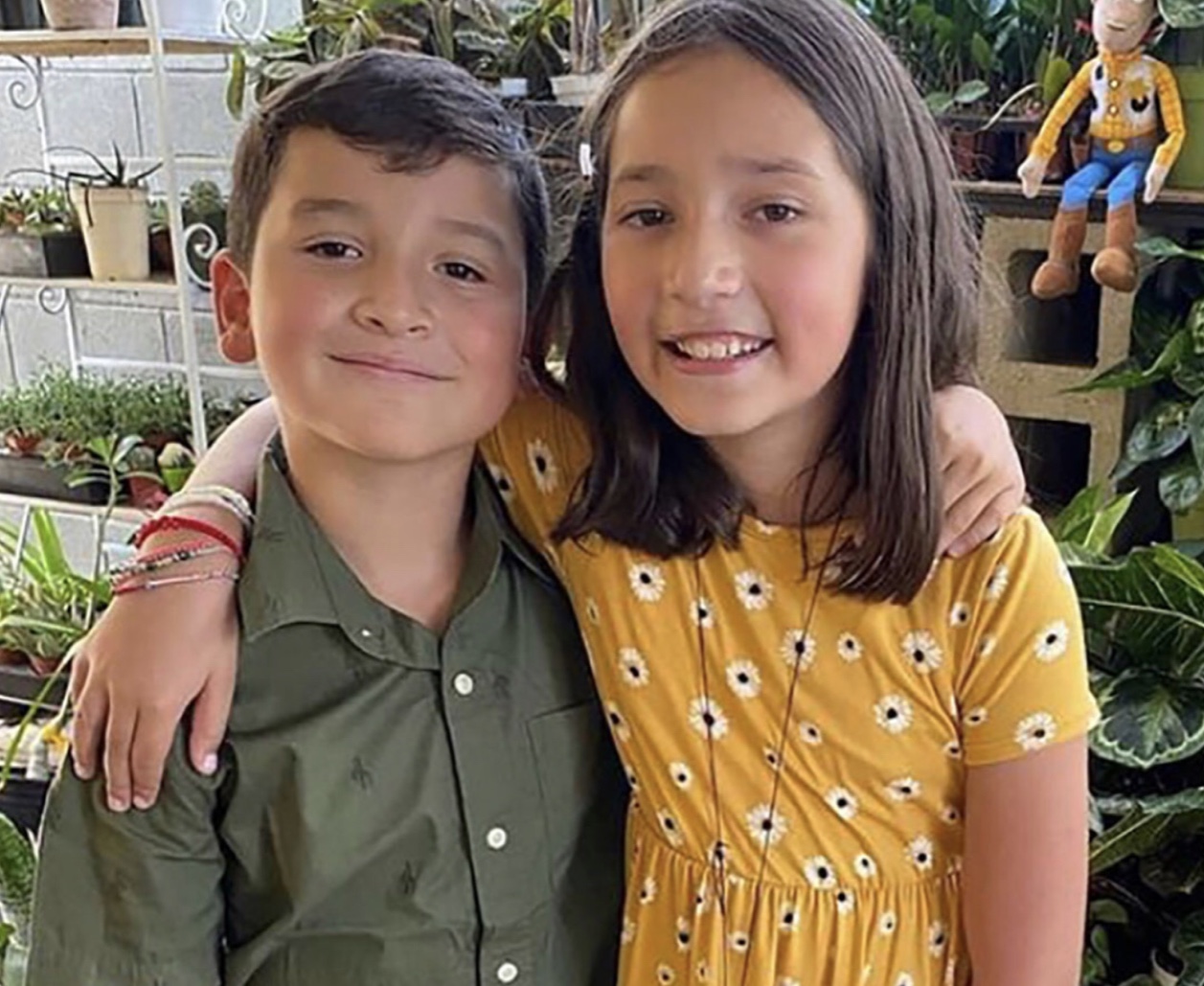 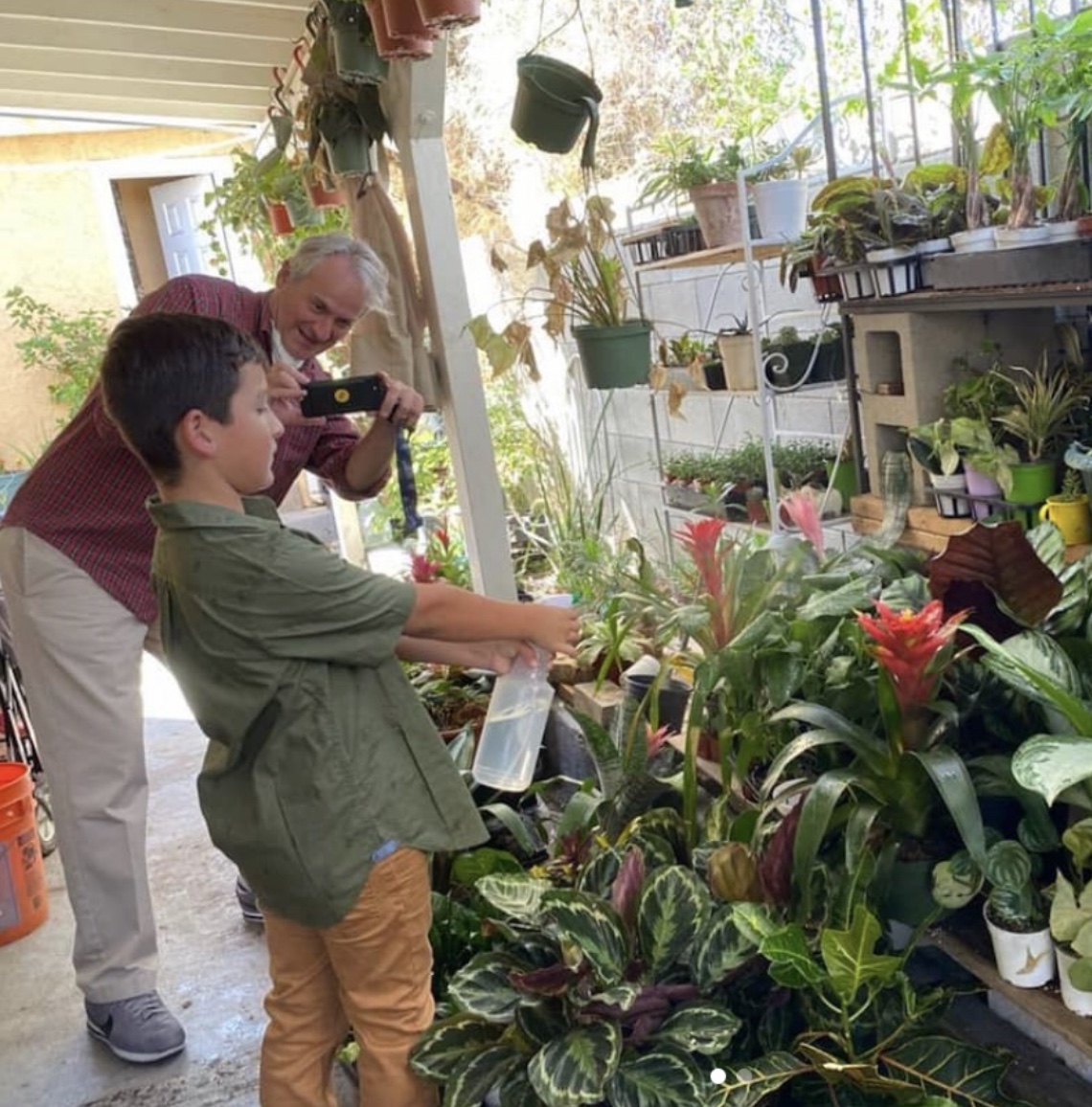 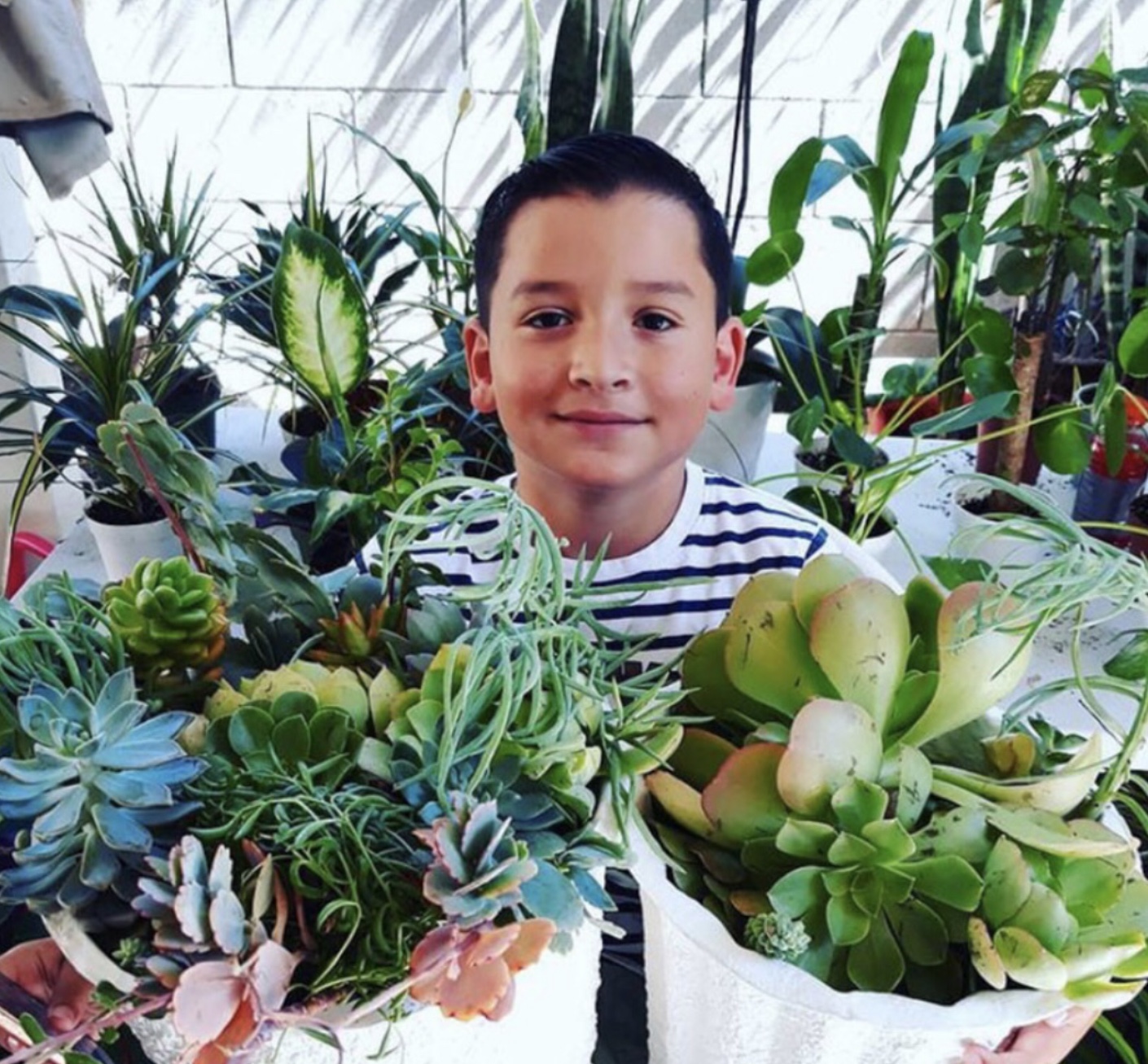 Sowell had served on the faculties of several universities, including Cornell University and the University of California, Los Angeles. He had also worked at think tanks such as the Urban Institute. Since 1980, he has worked at the Hoover Institution at Stanford University, where he served as the Rose and Milton Friedman Senior Fellow on Public Policy. Sowell writes from a libertarian–conservative perspective. Sowell has written more than thirty books, and his work has been widely anthologized. He was a National Humanities Medal recipient for innovative scholarship which incorporated history, economics and political science.

Author’s note: You may or may not agree with Thomas Sowell’s conclusions regarding a free market society and his championing of personal responsibility, but you can’t argue with his commitment, intellect, and honesty. I am going to attach a link to a one hour PBS program on Thomas Sowell’s life and work…I challenge you to take an hour to watch it and consider it. 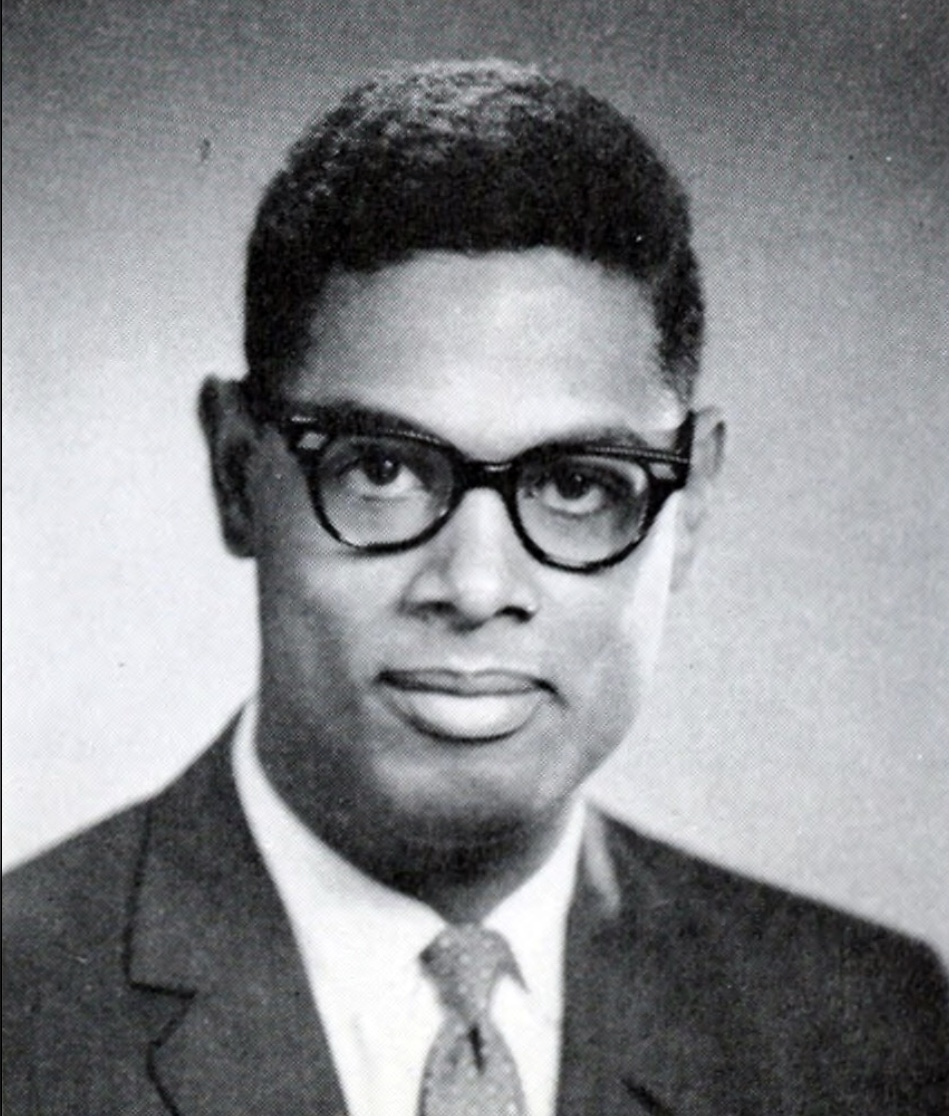 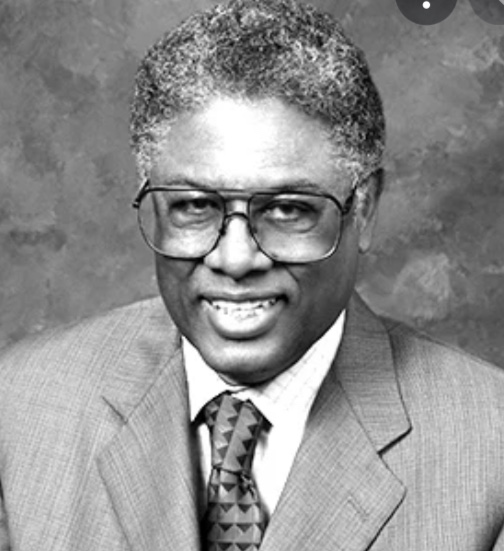