Life is one big wave and all we can do is flow, grow, and adapt.

Equanimity arises when we give up needing to control; it results in the ability to see without being caught up in what we see and to actually see the forest as well as the trees.

“Everyone creates their own definition of perfection that they try to live up to, and then they experience the illusion that they’re either perfectly wonderful or completely inadequate.”

“Let there be peace on earth, and let it begin with me.”   —Danielle Shroyer 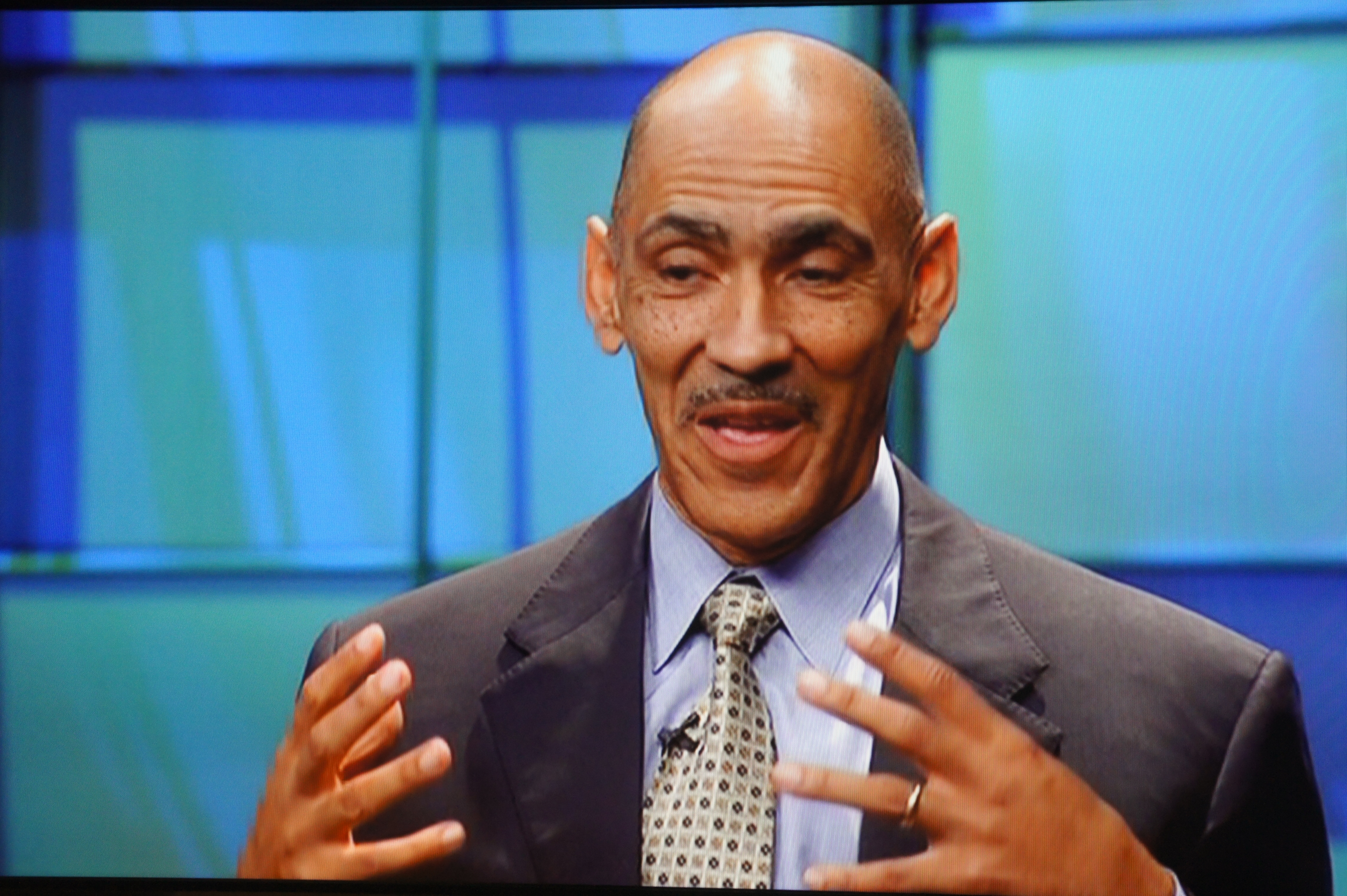 Tony Dungy is another hero of mine, a man of integrity and wisdom. Besides being a Super Bowl winning NFL coach and respected ESPN color commentator, I once had the privilege of attending one of the camps that Tony sponsored where he brought fathers and their sons and daughters together for a little football…and a lot of encouragement in living the virtues. Tony’s book, A Quiet Strength, is a favorite of mine, full of illustrations and pithy sayings regarding virtues and values.  This is a line from the book that I have highlighted and saved:

“What’s important is not the accolades and memories of success; but the way you respond when opportunities are denied.  You can’t always control circumstances.  However you can always control your attitude, approach, and response.”

In Tony’s book, he uses the term “Emotional Mastery” in place of “Equanimity.” This is what he has to say about it.

“People who have developed emotional mastery recognize that, as Epictetus said 2000 years ago, ‘It’s not the facts and events that upset man, but the view he takes of them.'”

“For those in positions of formal power, the most important aspect of emotional mastery may be controlling anger. Outbursts of anger have no place in the workplace, and can quickly destroy a sense of organizational equity and partnership.”

“A person with the core quality of emotional mastery:

—Says what he or she thinks, but never berates others

—Stays calm even in crisis situations

—Reflects before reacting and is able to consciously choose an appropriate response.” 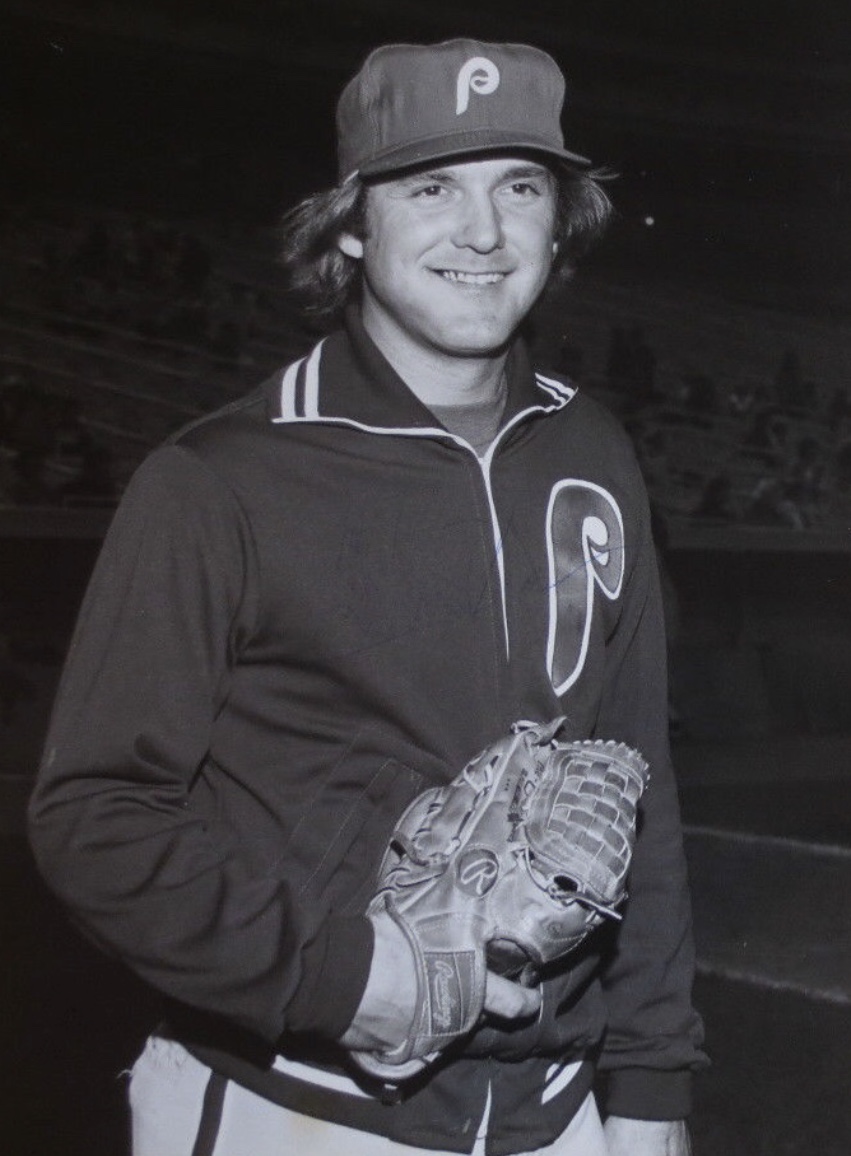 I was 28 years old in 1980 when I got caught up in the World Series that year between the Kansas City Royals and the Philadelphia Phillies. I remember vividly sitting in my living room watching game 6. The Phillies had leaned hard on their veteran relief pitcher Tug McGraw to even get to the final series of the year still in contention for the playoffs.

Tug was no spring chicken by that time, having started his career playing for the New York Mets beginning in 1965. Fifteen years of wear and tear on the baseball field along with some hard living had taken its toll. But somehow what Tug had lost in velocity and strength, he had largely replaced with guile and willpower. Still…Tug was 35 years old, and it had been a long season.

The Phillies went to Montreal to play the last series of the regular season, tied with the Expos for first place in the National League East. The Phillies won the opener 2-1, and McGraw earned the save by striking out five of the six batters he faced. The next day Tug entered the game in the ninth inning and the scored tied at four. He pitched three innings, striking out three and giving up only one hit; the Phillies won the game and the series in the eleventy inning and were moving on to the playoffs to face the Houston Astros.

In a tight five game series with the Astros, McGraw pitched in all five games, and the Phillies earned the right to play in the World Series.  Tug would appear in four of the six games of that World Series, including game five when he pitched three scoreless innings.

Which brings us to game six, Philadelphia up three games to two, and a younger me on the edge of his chair, adrenalin on overdrive and the Phillies ahead 4-0. Kansas City was rallying in the eighth inning with runners on first and second and no outs. Out of the dugout came an already way-over-used Tug McGraw, one more time. Tug got through the 8th allowing only one of his inherited runners to score.

But in the 9th, KC was rallying again. An exhausted Tug McGraw gave up a walk and two singles to load the bases; McGraw was pitching on fumes and I was about to become a 28 year old with a heart attack! Tug somehow needed to find a way to get that last out, as Willie Wilson came to the plate for the Royals; a home run would win them the game; a double would tie it. The TV camera of course is zoomed in and focusing on Tug McGraw. He seems to me to be the total picture of cool and confident, and I asked myself how that could possibly be! I remember thinking that if it were me on the mound with all that pressure, all those cameras, all my teammates and the whole city of Philadelphia depending on me…I probably would have thrown the ball over the backstop!

Tug took a minute, gathered himself, and then struck out Willie Wilson. The Philadelphia Phillies had their very first World Series championship! I was jumping up and down in the living room punching the air!

I was still watching a few minutes later when, amid the celebration on the field, a sportscaster worked his way to Tug for an interview. I remember it so well, because the sportscaster actually asked the question I wanted to ask!  “Tug, how do you keep so calm, cool and collected out there on the mound when you know the whole world is watching and it all depends on you?” This is the way I remember it: Tug spits tobacco juice on the ground and growls, “Ahhh, I just tell myself, ‘A thousand years from now, what’s it going to matter?’ Then I just rear back and fire…”

Like dew on the tip of a blade of grass, pleasures of the three worlds last only a while and then vanish.
Aspire to the never-changing supreme state of liberation—
This is the practice of bodhisattvas.

What does it mean to aspire to liberation? It means getting free from pursuing things that will eventually leave us empty. These include success, happiness, control, stability, and safety. I imagine you can add a few more of your own. When we go after wordly pursuits, they may feel great for a brief period, but they never last. Dilgo Khyentse says even the greatest success gives us a feeling that lasts only three days. Do we want to organize our entire lives around a feeling that lasts 72 hours?

A better approach is to aspire to liberation, where you do not allow these factors to upend your centeredness, your presence. Khyentsewrites, “Liberation means freeing yourself from the ties of your emotions and negative actions.” It’s that simple. Just practice not letting those things pull you around on a chain. When you notice you are getting pulled around, just stop.

It’s simple, but it’s not easy.

Ken McLeod takes this further by asking us to see how all the ways we try to control things is simply about trying to escape the messiness of life. Liberation means accepting our human life with all its pain and joy. McLeod says, “Think of freedom as a way of experiencing life itself- a continuous flow in which you meet what arises in your experience, open to it, do what needs to be done to the best of your ability and then receive the result.”

Elizabeth Gilbert says transformation happens when you get sick of your own B.S. It’s so true. Liberation happens when we see how we’ve been tap dancing and finagling our way through life on a fool’s errand, chasing things that last no longer than morning dew on a blade of grass. We deserve a better life than that.